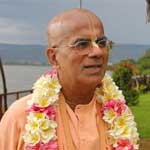 After graduating from Delhi University in 1964, Gopal Krishna Goswami studied business management in France and also studied for some time at Sorbonne University in Paris. While studying at McGill University in Montreal, he began visiting the ISKCON temple in 1967. He met Srila Prabhupada there in 1968 and accepted initiation from him in early 1969.

Gopal Krishna Goswami began contributing to ISKCON by financially assisting the Montreal temple. In December of 1974 he was made a GBC member and then transferred to India where he initially headed projects in Mumbai, Delhi, Gujarat, Hyderabad, Madras, Mayapur and Kanpur. His GBC responsibilities extended to other parts of Southeast Asia as well. Entrusted by Srila Prabhupada to visit the former Soviet Union in 1976 and 1977, Gopal Krishna Goswami acted as a representative of the Bhaktivedanta Book Trust there. Gopal Krishna Goswami has also served extensively in the BBT in India, arranging for the translation of Srila Prabhupada’s books into various regional languages and their distribution far and wide.

In 1981 Gopal Krishna Goswami took sannyasa initiation and began to extend his travels to spread Krishna consciousness more widely in parts of the USA, Canada and Africa. Currently he is GBC of over thirty temples around the world and serves as an initiating spiritual master, with disciples in Russia, America, Canada, Europe, Asia, Africa, Australia and New Zealand. He played a leading role in inspiring and completing several large ISKCON temples, such as the Glory of India temple in New Delhi, Pune and the Radha Bankebihari temple in Nairobi. 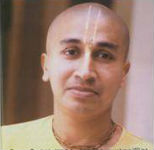 Gauranga Prabhu, a disciple of H.H. Radhanath Swami, graduated from IIT Bombay in 1993; his interest in Krishna consciousness dawned during his college days. He moved in as a full time preacher at ISKCON Chowpatty. Besides conducting Bhagavad Gita seminars in all prominent engineering colleges, medical colleges and management institutes, he also counsels on stress management in several co-operative organizations for senior level managers. Featuring on the popular “Atma”, a daily spiritual discourse on Star TV, he airs the timeless message of the Gita to millions in India and the U.K. 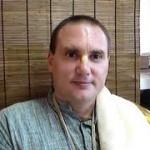 At present serving as:

Born in Rome, Italy, in 1963; he joined ISKCON in May 1980. After years of full-time book distribution, he moved to India, where he is based for more than twenty-seven years and where he served, among other things, as Gurukula teacher in Mayapur (Bhakti-sastri, Bhakti-vaibhava, etc.). He regularly teaches at the ILS (ISKCON Leadership Sanga) and at the GBC College.

Kaunteya Prabhu is also a certified mediator and has practiced conflict resolution in several countries.

Kaunteya Prabhu has a PhD in Indovedic Psychology and serves as distance-learning professor of Indovedic Philosophy & Psychology at the Bhakti Yoga College (Florida, USA), overseeing students from various continents. (www.bhaktiyogacollege.com)

He authored/compiled the following books on congregational development: the Bhakti-vriksha Manual, the Book of Icebreakers and Super Sunday. He has travelled to dozens of countries presenting seminars and workshops on principles and ideas for building vibrant Vaisnava communities. (www.iskconcongregation.com, www.bhaktimarriages.com) 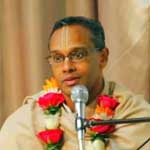 Devakinandana Prabhu started practicing Krsna consciousness in Singapore in 1983 and was initiated by Mahavishnu Goswami in 1993.

He has been the president of the Gita Reading Society (ISKCON Singapore) since 2007 and is responsible for the maintenance and development of ISKCON’s programs and activities in Singapore under the local GBCs.
He also serves as:

He is a practicing advocate and solicitor running his own law firm specializing in International Business, Company and Corporate Law, Civil Litigation, Family Law and Intellectual Property Rights and Trademark Disputes. He is also an adjunct lecturer of law.

Rupanuga Prabhu, a disciple of H.H. Bhakti Charu Swami, is a professor and the holder of the James L. and Lynne P. Doti Chair in Operations Management at the Argyros School of Business & Economics, Chapman University, California, USA. He received his Ph.D from Drexel University, Philadelphia, USA, in 1996. He has been serving as a Co-President of ISKCON Laguna Beach since 2008, and as the president of the GBC College since its inception in 2015.