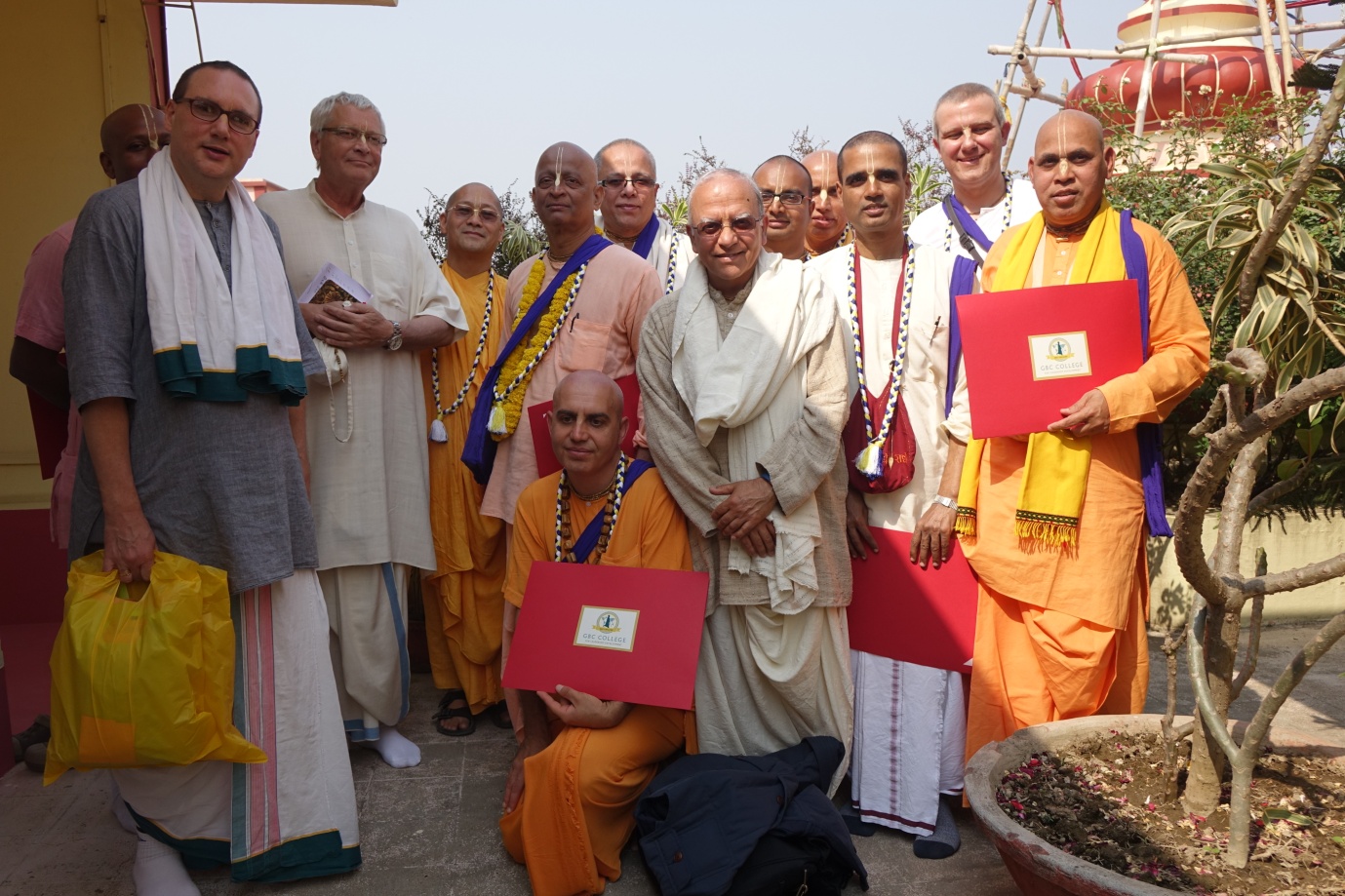 HG Tapan Misra Prabhu, the top student in this group of graduates, spoke briefly expressing his gratitude for the wonderful opportunity he was given to attend the College. He considered the companionship that was established to be most important. He also appreciated having the senior leaders speaking with them about the importance of organizing ISKCON.

HH Romapada Swami, a GBC member and GBC College Trustee, spoke about the “many years, many hours, many devotees” that went into the conceptualisation and establishing the support to make the GBC College happen. Now it had become a reality. He said how every student he spoke to was “wowed” by their experience. Maharaj mentioned that the sanga with the senior devotees and the friendships that were established were very appreciated by the students. He mentioned that the intention was to also cascade this training to the Temple Presidents.

HH Bhakti Charu Swami, the GBC Chairman for 2017 and also a GBC College Trustee, concluded by saying that during Srila Prabhupada’s time, there was no systematic way of studying leadership since ISKCON was in its infancy. Now ISKCON has gone beyond that infancy. ISKCON is growing, and is developing. As ISKCON expands it needs structure and structure needs qualified leaders. Maharaj mentioned how he could see this GBC College producing wonderful leaders.

He said that he personally feels this is a wonderful step forward towards ISKCON’s progress in establishing Krsna Consciousness all over the world. Maharaj is also a guest speaker at the GBC College and he has noticed that the students were very eager to enrich themselves. He expressed his heartfelt gratitude to the students, the administration staff and the teachers in the GBC College.

For more information on the GBC College, please visit:www.gbc-college.com or email me on